A 10 kW on-grid solar system can generate up to 50 units of energy daily. That’s enough to power several air conditioners and the lighting load of a typical house, factory, or shop. The power produced by this system is distributed to the electrical grid, so it’s easy to set up and maintain. A 10-kW system can also charge an electric car. A 10-kW system requires routine maintenance. To maximize its performance, consider installing a charging station for your electric car.

Purchasing a 10 kW on-grid solar system will cost approximately 8,50,000 taka. This installation will likely save you up to Tk. 3,00,000 per year. To determine the cost of a solar system, take a look at your current electricity bills and compare that to the estimated savings you can expect to realize. If you’re unsure whether you should purchase a 10 kW system, get a professional quote from a solar contractor.

The 10kW on-grid solar system is composed of monocrystalline panels with an efficiency of 16% and a 97% inverter. It’s a great choice for commercial shops and factories because of its high output. Ten kilowatts of energy can power up to eight LED lights, eight fans, one air-conditioning unit, and a washing machine. You can also use it to power a cooler and a washing machine.

The payback period for a 10 kW on-grid solar system depends on a number of factors. The angle of inclination, direction of installation, the amount of sunlight available in your region, and the maintenance of the panels. The typical payback period of a 10 kW on-grid solar system is around five to six years. The payback time varies depending on your solar panel wattage and your usage, but it’s typically around forty-five to sixty percent a year.

Using a 10 kW on-grid solar system is an option for those who need to go off the grid and need their daily electricity to balance out. A 10 kW system can produce enough power to supply a home with electricity for three or five days. It’s important to choose the right solar system for your home. Consider the location and sunlight to get the best results. Then choose your solar panel and battery options. The benefits of a 10 kW solar system can be significant.

If you live in Dhaka, you can purchase a 10 kW solar system from TRIMATRIK MULTIMEDIA. Its 10 KW solar system price in UP is affordable, and you can even sell the excess electricity. The best part is that this solar power system will provide you with free electricity for 20 years. The 10 kW system is a wonderful way to take advantage of solar power and become a greener energy consumer.

You’ll need at least four hundred square feet of roof space for a 10 kW on-grid solar system. A typical 10 kW system needs thirty to forty panels. SunPower solar panels have the highest efficiency, and you will need anywhere between thirty and forty panels for a 10 kW system. When it comes to solar panels, the most efficient ones are monocrystalline and thin-film. The most efficient solar panels can generate 330 to 360 watts of energy. And you can even opt for a DIY kit to install your own 10kW solar system.

A ten kW on-grid solar system will typically generate between 11,000 kWh and fifteen thousand kWh of electricity each year. This amount is higher in more sunny states, like California, but the actual output will vary according to the type of equipment used and the location of the installation. But even a 10 kW solar system is more than enough to power an average American household. It will cut your power bill in half! A 10KW on grid solar system can provide a steady flow of power to your home or business, freeing up your regular electricity supply for other uses. This type of system typically consists of a few large solar panels that are connected to the grid, and a battery backup system to ensure that you have power when the sun isn’t shining. The system can be installed in just a few hours, and it’s relatively affordable when compared to other forms of energy.

A solar panel inverter is the brain of your grid-connected solar system. It transforms the DC power from your panels into AC power that can be used by your home or office. The most common inverters are lithium ion based but there are also nickel cadmium (NiCd) and nickel metal hydride (NiMH) inverters available. 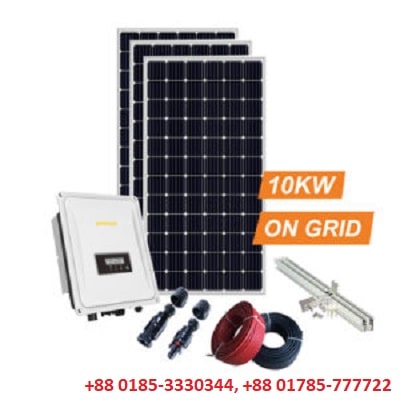 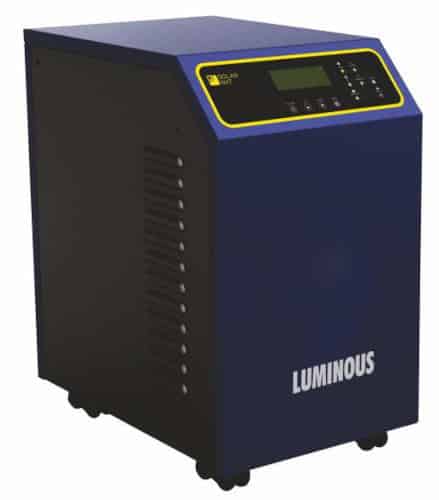